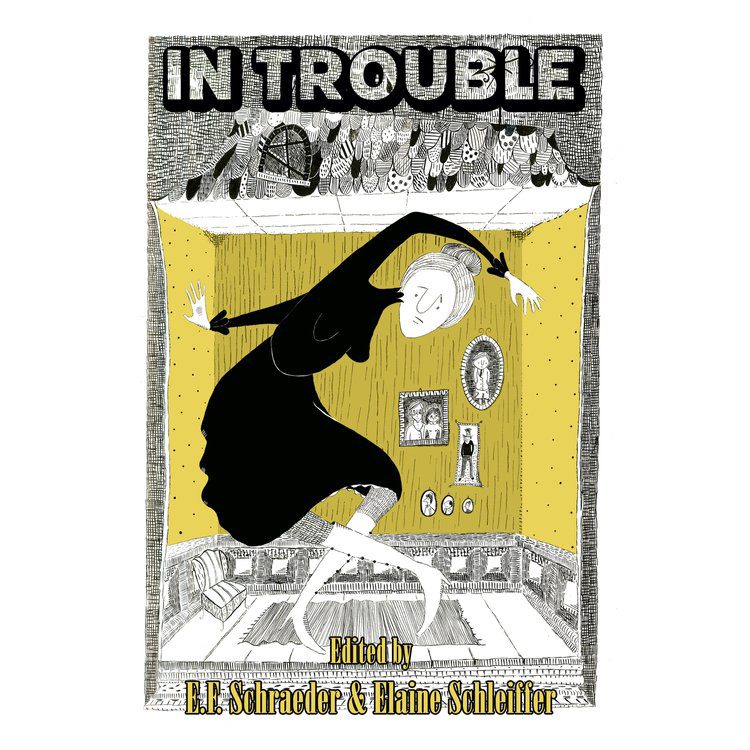 I’m terrible at keeping secrets. They sit in my stomach and churn. So you can imagine how difficult it was to keep it under wraps for EIGHT LONG MONTHS that I have a story in an upcoming anthology that centers, well, power and self-determination–but in a way that brings attention to the loss of bodily autonomy and dignity for anyone that has or had a uterus or otherwise identifies as female. Omnium Gatherum is publishing In Trouble, an anthology put together by E.F. Schraeder and Elaine Schleiffer, all net proceeds of which will be going to the National Network of Abortion Funds–pre-orders are available. And what a gorgeous cover!

I’ll be super honest: the overturning of Roe v Wade is deeply personal to me, and so being part of this anthology is deeply personal. For starters, I worked in the abortion industry for a few years as a fundraiser–and learning how little medical students learn about contraception and procedures that have anything to do with abortion while they’re in school is pretty stunning. I mean, regardless of you feel about abortion, you kind of want your doctor to know EVERYTHING there is to know about medicine, you know? Or at least knows enough to advise you properly and keep you healthy. It’s pretty common knowledge that the procedures used for abortion are also necessary skills to treat people who have miscarriages. After all, as many as 26 percent of pregnancies end in miscarriage. If physicians don’t know how to deal with miscarriages, think of all the other things they might not know. No wonder the U.S. has the highest maternal mortality rate among wealthy countries (more than triple the other countries in this bracket, by the way).

There are a lot of reasons why my husband and I chose not to have children, but the significant risk to my health is definitely a factor. I’m now 50 years old with little chance of conceiving (the chance of getting pregnant after the age of 50 is one percent), but with the extra risk on top of the already high risk that something might go wrong with a pregnancy and a doctor might refuse to treat me appropriately lest they be sued or lose their license, well . . . one percent is too high a risk.

It’s possible that I feel this way because I discovered a family secret a few years ago: one of my great-aunts died from an illegal abortion in 1953. I’ll leave the details for another time, but it should suffice to say that forcing pregnant people to give birth against their will, to live as second-class citizens, and to let politicians with no medical training and whom they have never met determine what medical care they can access and when is absolute bullshit.

The only possible equivalent to this for men is if organ donors could legally demand their livers, their kidneys, pieces of skin, a retina, even a heart–to save a life. Because that’s essentially what politicians are telling us: that we should be happy to give our lives in order to preserve life (or something that has the potential to be a human being, as the case may be with pregnancy).

I could rant on and on about my absolute disgust at being legally considered nothing more than a hapless incubator, but I’ll cut it short to thank E.F. and Elaine for giving me an opportunity to be involved with the anthology–and to honor my great-aunt in this way. Abortion is very much on the ballot this fall, so if you’re not registered to vote, please do so. If you are registered to vote, please vote on Tuesday, November 8, 2022. Vote for the candidate who doesn’t think it’s a great idea to give literal corpses more rights than women. And, of course, go pre-order a copy of In Trouble–you’ll get something good to read, and you’ll be supporting abortion funds. 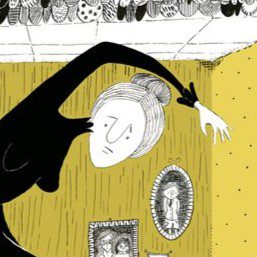