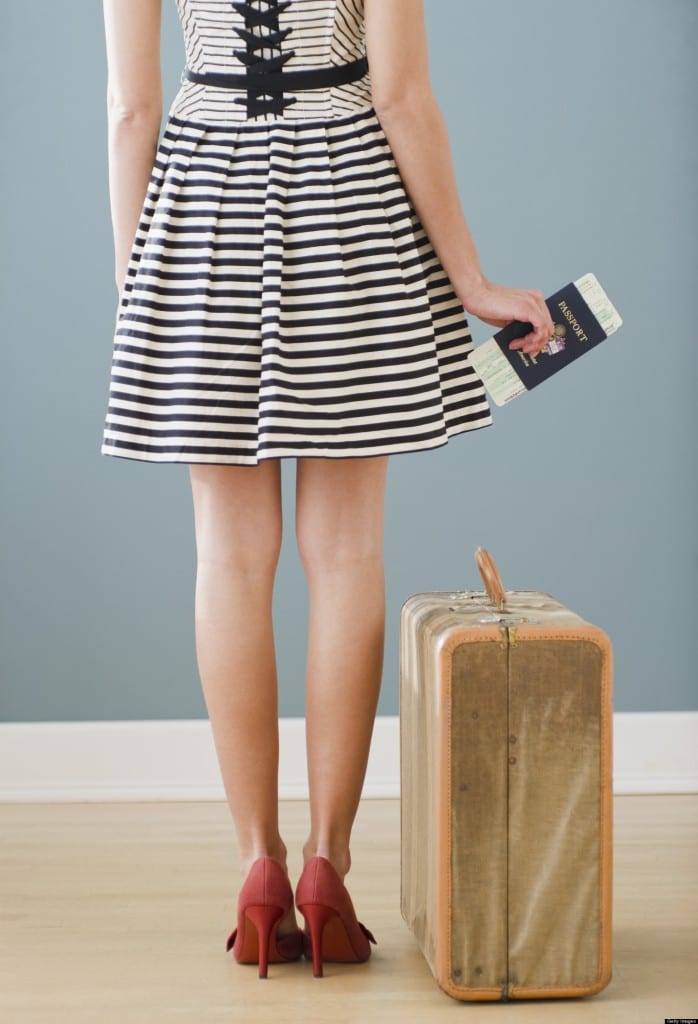 Traveling while female scares people. Particularly the idea of traveling alone while female.

I’ve been thinking about it a lot lately. In another couple of weeks I’m going to have access to quite a bit of free and/or dirt cheap travel due to a family member scoring a gig that allows for unlimited stand-by (you know, non-rev) travel. I’m incredibly excited–it’s a great opportunity to do some research for a few new novels and short stories I’ve got in mind. In some cases, I will travel with my husband. He likes going new places and seeing new things every bit as much as I do. We’ve been to Paris, London, Athens, a bunch of Greek island, and a coastal town in Turkey together. But more often than not, I think, I’ll end up traveling alone because our free time might not coincide. It’s sad because he makes a great travel companion, and I’ll miss having him with me for adventures. That said, I’m perfectly capable and willing to take a plane somewhere and explore alone. I’ve had a few opportunities to do so domestically–New York City, San Francisco, Seattle, etc.

The issue of safety comes up a lot for women. For instance, New Yorker Sarai Sierra being killed in Turkey for thwarting some guy’s advances. But safety for women is a problem no matter where you go. There’s an article on HuffPo today titled, “Walking While Fat and Female,” written by a woman who lives in Seattle who does a lot of walking and faces constant harassment from men. She links it to being overweight and a woman, but the truth is that it wouldn’t matter if she were thin or average or young or old or a million other things (and the author does acknowledge this)–being female means always being vigilant about your safety, about trying not to get raped or harassed or brutalized in some other way:

I’m sick of it. I’m sick of not feeling like I can say anything to the idiots that yell at me. Like I can’t react. And that I can’t even share that this experience happens daily with supposed allies. Not all men shout at me from cars. But the ones that do shout at me are the ones that make it unsafe to walk in my city. And you telling me that not all men do that doesn’t make my walk, or drive, or existence safer. It makes it more challenging to say, “This happened and it was wrong.” It makes it harder to call out this behavior for what it is — misogynistic, sexist, rape culture bullsh*t behavior. I don’t care that not all men are like this. I care that it happens. That it continues to happen. That it’s common. That it’s so common that when I hear a woman start talking about it with other women, those women can point to at least one similar incident that’s happened to them in the past two weeks.

Whether you’re in Istanbul or Seattle, as a woman you’re going to run into the same problems–there’s a huge disconnect for some guys about how women should be treated (the answer: like equals instead of objects). But the question is this: does that make it dangerous to travel alone? Perspective is everything. I grew up in a really small town, and maybe if I’d stayed there the idea of traveling to Barcelona or Bangkok by myself, exploring cities alone, etc might really freak me out. I’ve lived in Philadelphia for a lot of years. Personally, I think Philly is a pretty safe place to live and work, but last year it was ranked as the twelfth most dangerous city in the United States by Business Insider. Like I said, perspective is everything. Maybe I’m not intimidated because living here so long has helped me develop a sense of how to be safe and also how to trust my instincts. And that semester of self-defense some years back didn’t hurt either.

This isn’t to say that my good common sense and my self-defense training are going to miraculously save me in any situation. What it does give me is the confidence not to be scared to travel alone while female. Maybe I need to take extra precautions because sexism and misogyny exist . . . but I most certainly won’t let that stop me or my characters.

So hit me–what should I put on my list of places to see and things to do?

I Am Guilty: Traveling Alone While Female