That white male writers are most often reviewed and wind up winning awards and find themselves on “best of” and “summer reading” lists at places like the New York Times (NYT) is no surprise. It is and has been a white man’s world in many respects for a very long time, primarily because white guys have held the power, the money, and the pens. And look, I’ve got nothing against white guys–I’m married to one, myself–but in today’s world, where we have access to the Internet and a boat-load of alternative perspectives, as well as initiatives like We Need Diverse Books, the NYT putting out a summer reading list of excessive whiteness (100%!) seems . . . tone-deaf and kind of strange.

Unless maybe that’s the goal: to drum up controversy. And hey, we’re all writers here, and we know even bad publicity is good publicity if it gets people talking. I’m not saying that Janet Maslin has a problem with racism. For all I know, her summer reading list is paid promotion of a sort. It happens. Or maybe Maslin’s reading list really is populated by white writers (both men and women, I should note) because white writers are most accessible to readers–and I don’t mean that in a psychological way; I mean it in a real world access way. I know lots of writers who are non-white who have been published, but they don’t usually get much in the way of publicity power behind them. The same is true, of course, of many white writers . . . it just seems more noticeable for writers who are people of color. Or non-Western, for that matter. Huffington Post calls Maslin lazy. In some respects, I think this ignores the greater problem, although certainly Maslin might have looked at her list with a more critical lens. I don’t believe a list that includes POC writers for the sake of including them does anyone any good, but I fail to believe the Fug girls have produced a book better than, say, Soman Chainani or Angela Flournoy.

There’s a lot tied up here in white privilege, and I won’t go into all that. And if you look at my reading list for this summer, I don’t fare so well, either. Right now I’m reading All the Light We Cannot See (white guy), and the next two books on my list were written by a white guy and a white woman, respectively (although all three have somewhat diverse casts of characters–and of course, it’s more than author color we’re talking about here; there’s diversity of religion, culture, etc). And it’s not that I set out for the next few months to play out that way. Discovery is an issue. Many readers, myself included, use lists like the NYT su 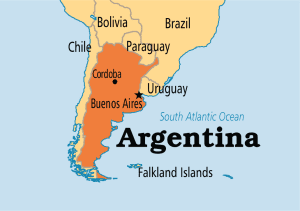 mmer reading list to add books to their To Be Read list. And yeah, that is lazy. I admit it. How, then, do we discover other writers, other perspectives? It was easier when bookstores were the main place of discovery. Online, though, this becomes harder and harder.

For me, I’m making it a point to seek out writers when I travel. I’m hoping to visit Buenos Aires, Argentina in June or July, and Barcelona in Spain this fall (and maybe Rome; we’ll see). Young adult novels, in particular, hold an attractive for me. Obviously, I write mostly young adult fiction, but I think it’s interesting seeing a culture through the eyes of someone with so much immediacy. So for I’ll be looking for those voices this year in the countries where I land. If you have suggestions, I’d love to hear them. In the meantime, I’ll be scouring lists, hoping to come across some gems.