New obsessions hit me regularly–bits of stories I hear, scenes that play out in front of me. Right now I can’t stop thinking about the Halifax Explosion. I blame the weekend trip I just took to Halifax, coupled with a visit to the Maritime Museum of the Atlantic and a sightseeing excursion led by a friend and her fiance.

It’s a pretty tragic story, but still fascinating. If you’re not familiar, the explosion happened in December 1917. Two ships collided in the narrows of Halifax Harbour; one of the ships was a munitions ship. It wasn’t necessarily the crash that did it, but a fire on the deck of the munitions ship after the impact. The fire spread, and the whole ship blew–at the time it was the largest man-made explosion to ever occur, releasing the equivalent energy of approximately 2.9 kiloton of dynamite (and allegedly Oppenheimer studied the blast when developing the atomic bomb). The resulting pressure wave took out an entire neighborhood, flattening everything within a 2,600 foot radius/400 acres (substantial since the ship was so close to shore). Beyond that, because the temperature of the blast was so hot–over 9,000 degrees F–burning iron shards drifted over a lot of Halifax, starting fires. Across the harbor, a tsunami created by the blast did damage of its own. Sixteen hundred were instantly killed, and 9,000 were injured (300 of the injured later died). To complicate matters, a few hours after the explosion, Halfax had a pretty bad snowstorm.

Disasters are always horrifying, but the stories that go with them are insanely interesting. Part of my sightseeing involved seeing exactly where the explosion happened, seeing the Hydrostone neighborhood that was build quite quickly (and out of fireproof materials) to replace all the destroyed homes, seeing where the ad hoc morgue was set up, and stopping by St. Paul’s Anglican Church to see the window with the head shaped stain–which, rumor has it, originated with a man’s head flying through the window or as the outline of a deacon’s profile caught at the moment of the blast. 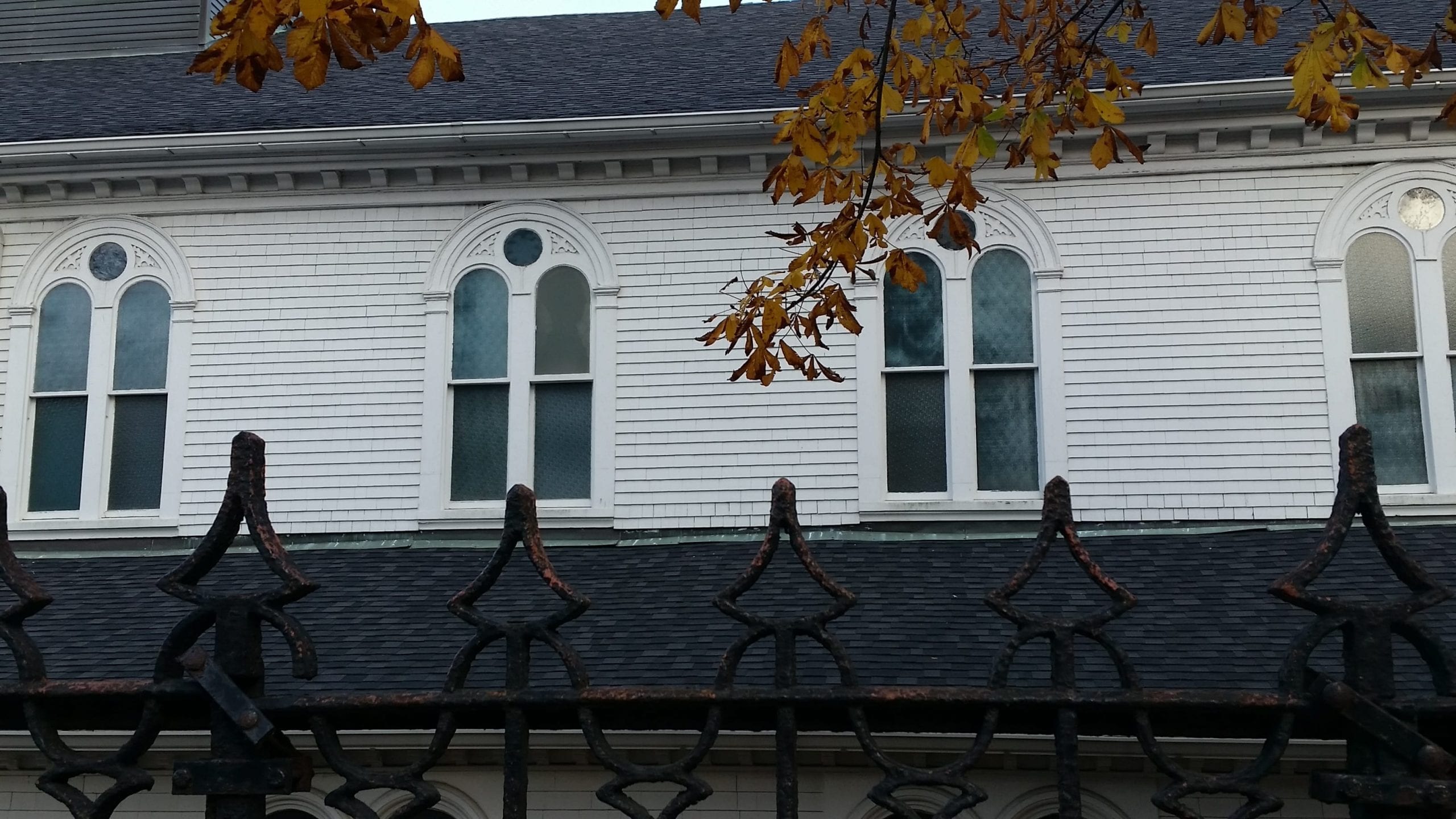 My tour guides also told me about Ashpan Annie, the family of which are close friends of theirs. All super fascinating. If you think it’s not giving me plot bunnies, think again.