There are some things you write that just end up being your favorites. “An Older Lady” is one of those stories for me. It’s something that I’ve been playing around with for seven or eight years now. It’s existed in first person, third person, past tense, shorter, longer, etc. until it landed on being second person, present tense–which is an odd one for me. I generally hate second person. But I’m really very fond of Mary Levan, the main character in “An Older Lady.” She’s just so . . . unintentionally funny. And so I was really thrilled when the story was acquired for Jolly Holly Press’ Coffin Blossoms anthology (link to purchase). Horror and comedy isn’t always an easy sell, and over the years no one has really enjoyed Mrs. Levan’s jokes the way I do. 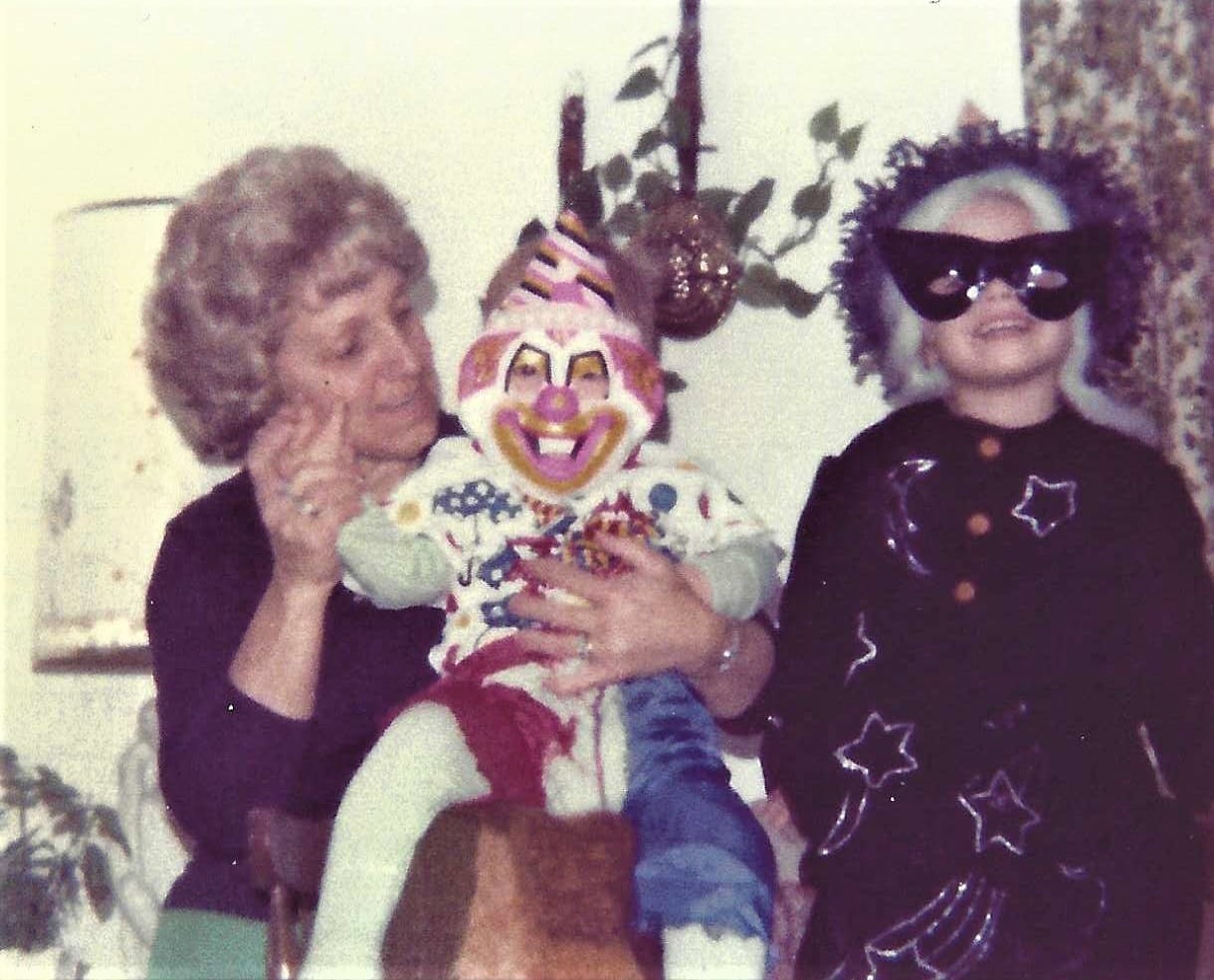 The anthology was published today, and it was lovely to receive it in the mail, knowing “An Older Lady” lives there now. It’s also delightful because “An Older Lady” is–at least in part–based on my grandmother (pictured here, back in the 1970s–with my little brother, who was dressed as either John Wayne Gacy or little Michael Myers, and me). Mary Levan is very much like my Grammy D, who passed away several years ago, in that she could talk the ears off a cornstalk, she was a little excitable and completely hilarious without meaning to be, and she could talk in circles to get to her point, confusing everyone in the process. That said, my grandmother was–as far as I know–not quite as diabolical and prone to making up stories as Mrs. Levan. Maybe she was, though, and she was just better at hiding it. Whatever the case, “An Older Lady” makes me think of Grammy D every time I read it.

I do hope you’ll pick up a copy if comedy-horror is your jam. If nothing else, I’ll get to introduce you to the version of my grandmother who lives in my head.