Apparently it’s that time of year when speculative fiction writers do an eligibility post, highlighting the work they’ve done this past year that’s eligible for nominations for the various speculative fiction/horror awards that exist. Far be it from me to buck tradition–and, of course, it goes without saying that I would have kittens if anything I wrote were recognized in any way. Feel free to nominate away for “best of year” or other awards if anything I’ve written this year catches your attention.

So, here’s everything published this year that’s eligible for a speculative fiction/horror award:

“Waiting for Winter.” Shiver anthology (ed. Nico Bell), January 2021.
The daughters of the “final girls” come together on a cold winter day: serial killer Leonard Stauder has finally succeeded in killing off the last of their mothers, and now he’s started coming after them. They hunker down to protect each other–but new revelations reveal a more immediate threat.

“Imaginary Friends.” The Half That You See anthology (Dark Ink Books, ed. Rebecca Rowland), March 2021.
Julie Rittenhouse’s nephew Augie gets in trouble at school for selling imaginary friends to his classmates, something she chalks up to youthful enthusiasm–after all, she had an imaginary friend herself in childhood: a red-headed girl named Mona, who had knives for fingers. But are Augie’s imaginary friends really so imaginary?

“Footnotes to the Travel Guide.” Dreamland: Other Stories (Black Shuck Books, ed. Sophie Essex), August 2021.
Found footage recorded by an intrepid couple of ghost hunters reveal the legendary haunting that plagues Pinel Island in the Caribbean after the tourists have gone for the day–and neither of the ghost hunters may last the night.

“Knit, Purl.” Blood & Bone anthology (Ghost Orchid Press, ed. A.R. Ward), September 2021.
Elmira McFadden passes away suddenly, leaving behind a beautiful half-knit blanket for a charity auction–as well as talk amongst her knitting group of the terrible varicose veins from which she suffered. When group member Quinn volunteers to finish knitting the blanket, she inherits more than a bag full of Elmira’s hand-dyed yarn . . . with horrifying consequences.

“Terrified Lambs.” Released anthology (No Bad Books Press, ed. S. Faxon and Theresa Halvorsen), October 2021.
Olive brings home a souvenir from her trip to Madrid: a battery-operated Nativity figurine of a shepherd slaughtering a lamb, the shepherd’s knife slashing over and over. The sound it makes infiltrates her dreams–and when her mom comes to visit for Christmas, it might be more than the lamb that is slaughtered.

“Collection Day.” Diabolica Americana anthology (ed. Keith Anthony Baird), October 2021.
A small town soul collector sets out for her daily duties–but things quickly go awry when she is trapped by a falling ferris wheel, unable to properly attend to newly dead souls. She is unprepared for for their anger–or the consequences of her unintended job abandonment.

“My True Love Gave to Me.” Evilmas anthology (Creative James Press), November 2021.
Melanie Walker receives a dead and very maggot-filled partridge in a pear tree on the first day of Christmas–and there are 11 days left worth of gifts, according to the Christmas carol. She must contend with the growing assortment of gross presents as she tries to woo her next door neighbor, but he may not be worth the effort.

“Bound to be Bones.” Starward Shadows Quarterly, December 2021 (available online)
Liss would do anything for her best friend, Ezra–including helping her to break into Ben Franklin’s privy pit on Independence Day to find mysterious bones that Ezra is sure have been left by those who excavated the pit decades ago. Ezra goes radio silence, though, after descending into the hole, and Liss works up the courage to find her and makes a grim discovery in the process.

There are a few more stories in the horror area published this year–a drabble, a co-credited story on a podcast, a reprint of a story–as well as one story that’s not horror and five pieces of nonfiction that are not (or likely not) eligible for speculative fiction awards this year. 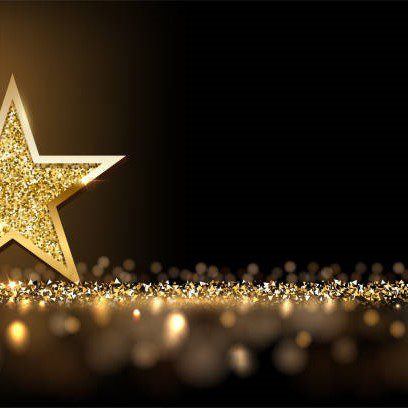